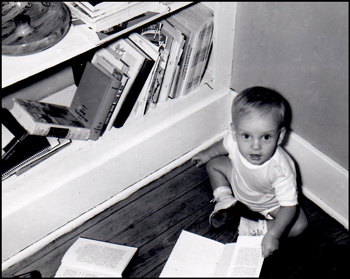 I’ve always enjoyed learning.  Conversations, travel, and just being a good observer are all ways to learn.  But, one of the best ways to learn is by reading.  Family pictures show that I was interested in books from an early age. 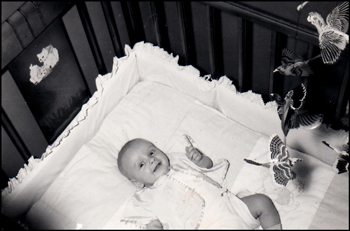 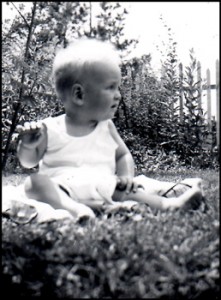 Family pictures also show that my interest in natural history began at an early age.  As a child, I apparently begged my parents to let me sit on a blanket in the yard so I could learn first-hand about nature.

I still have those interests, and in my spare time I can often be found exploring the beautiful mountains and forests of the Pacific Northwest.  I’m not always the fastest hiker in a group because I usually I have my camera with me and I love to take photos.

I have an unfortunate habit of losing my sunglasses in wildflower meadows.  It happens when I remove my glasses to take a close-up flower picture, set my glasses on the ground, and forget to pick them up when I move on to the next flower.  If you ever see me out on the trail, walking back and forth, looking for something on the ground, I’m probably searching for my sunglasses.  Sometimes I can backtrack to find them, but other times I don’t realize I’ve left them behind until I’m on my way home.

So, if you find a pair of sunglasses up in Bird Creek Meadows on Mt. Adams, beside the Zigzag River on Mt. Hood, or on one of the basalt outcrops of Hamilton Mountain in the Columbia River Gorge, please let me know.  They’re probably mine. 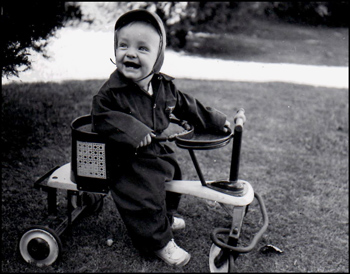 Another spare-time activity is riding my bicycle.  I bought my first road bike when I was in high school, using money I’d saved up from summer jobs.  My high school friends and I rode our bikes and camped all over the Pacific Northwest.  A favorite trip was to get up on Saturday morning, bungee cord my sleeping bag, camp stove, snacks, and a couple boxes of macaroni and cheese to the back of my bike, and ride from Portland (Oregon), where I lived, up to Timberline Lodge on Mt. Hood.  I’d find a spot under the trees with a good view of the mountain, fix dinner on my little camping stove, roll out my sleeping bag and sleep under the stars, and then ride back home the next day.

The summer after I graduated from college, my brother and I loaded up our bicycles with camping gear and rode our bicycles from Portland, Oregon to Flagstaff, Arizona–where I started my graduate work.  It’s 1300 miles from Portland to Flagstaff, and we made the trip in 14 days.  There’s no better way to see the landscapes of Oregon, Idaho, Utah, and Arizona than from the seat of a bicycle.  My wife and I have a 15-speed tandem that we ride together now. 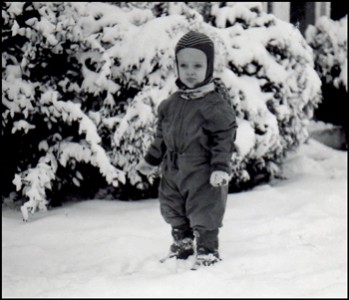 One of the fun things about being a writer is that it’s a great excuse to travel.  I’ve had the chance to hang out in Arizona with a storm chaser, spend a week with scientists in the rainforests of Mexico, and visit Hawaii to learn about the work of a scientist who takes incredible pictures with microscopes.  But, you can begin your adventures and learning in your own backyard.  Here’s a picture of me getting started on research for my book about avalanches. 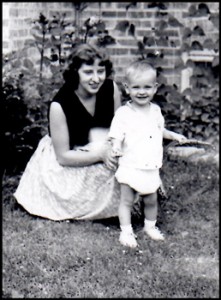 I also like to walk–and I have been doing it for longer than I can remember.  Here’s a picture of me shortly after I started.

Besides walking along many hiking trails throughout the western states, I’ve had the chance to go on several long walks.  The summer after I graduated from high school, a friend and I walked, with backpacks and camping gear, 400 miles along the Oregon part of the Pacific Crest National Scenic Trail.  We started at the Columbia River, the northern boundary of Oregon, and walked south through the Cascade Mountains for a month–until we reached the Oregon/California border.

The summer after our sons were in sixth grade and fourth grade, my family put on backpacks and hiked the Wonderland Trail around Mt. Rainier.  It’s a 105-mile trail that encircles the tallest mountain in Washington state.  That was a ten-day trip through some of the most beautiful alpine mountains, meadows, and forests anywhere.

During the summer of 2015, my wife and I went on a 500-mile hike called The Camino de Santiago.  We spent 35 days walking from St. Jean Pied de Port, France to Santiago, Spain.  We saw storks nesting on old church bell towers, heard cuckoos calling from nearby trees, walked along ancient Roman roads, and visited beautiful cathedrals and castles.  We also met many wonderful people and made many new friends along the trail.  If you’d like to know more about this trip, you can see pictures and read about our adventures on my Walking page. 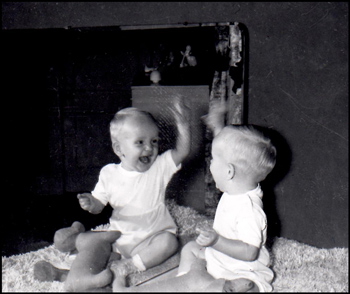 I enjoy meeting interesting people. At the time, I thought this guy was pretty interesting.  But my horizons have expanded and now I know lots of interesting people.  I love to spend time with people who go on adventures, live in out-of-the-way places, or have peculiar hobbies.  They always have the best stories. 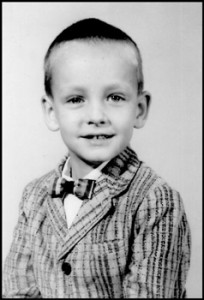 When I was in kindergarten I experimented with the bow-tie look.  It didn’t last. 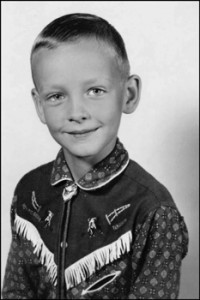 When I was in second grade, I experimented with the cowboy look.  It didn’t last either.  But, although I spent my first ten years in Tennessee and Missouri, I guess my destiny was to head west.

Many of my favorite places are in the western United States, and I have spent most of my life living there: Oregon, Arizona, and Washington state.  I now live in Washington state–not far from the Cascade Mountains, the Pacific Ocean, and the Columbia River Gorge.